What is Gene Therapy?

Genes – “The Building Blocks of Life”

Like every other organism on the planet, humans are made up of cells, all with their own specialized role. Within each cell are our genes, which are the fundamental building blocks of life. Humans inherit one gene from each parent in the form of a chromosome. Each chromosome is made up of an organic chemical called deoxyribonucleic acid (DNA) and are found in the nucleus of each cell i.e., the cell’s “control centre”.

Genes are sections of DNA that contain instructions to produce specific molecules in the body, usually a protein. These proteins control how our body grows and works. They are also responsible for many of our characteristics, such as eye color, blood type, height etc.

Changes in DNA happen often (known as a genetic variant), and they do not always cause a problem. But there are times when the change can result in a protein that does not work, or too much of a protein, or not enough of one, which impacts the body’s ability to function properly. Many rare disorders are caused by changes in a gene or genes that change proteins in a way that makes them malfunction. These variants can be inherited from a parent’s genes or they can be de novo, meaning the change is new to a person.

Gene therapy as a potential treatment option for hemophilia

People with hemophilia (PWH) cannot clot blood properly because they are deficient, or lacking, in specific clotting factors – proteins that circulate in the blood that form clots to prevent excessive bleeding. This is due to a genetic variant in the DNA that typically occurs on either the FVIII (hemophilia A) or FIX (hemophilia B) gene, which prevents their body from making the relevant clotting factor.

Gene therapy is a promising technique that uses genetic material, rather than traditional drug development or surgery, to treat rare, genetic disorders, including hemophilia. The most common form of gene therapy involves introducing a working copy of a faulty gene to a target cell to restore normal protein function. Single-gene (monogenic) disorders like hemophilia, whose natural history is well understood, make them ideally suited to gene therapy.

The ultimate goal of gene therapy is to provide sustained protection from bleeding over a much longer duration of time than any other prophylaxis regimen, through a one-time infusion, thereby reducing or removing the need for regular treatment. Gene therapy also offers the prospect for some PWH to achieve better health outcomes and improved quality of life than that attainable with currently available treatments.

How does gene therapy work?

Scientists have “borrowed” a process from nature to deliver a working, or functional, copy of the gene of choice to cells in the body. These are called viral delivery systems, which use the natural ability of certain viruses – evolved over billions of years – to infect cells with the new genetic material. The viruses are carefully selected and engineered in a way that avoids causing illness.

For gene therapy in hemophilia, adeno-associated viruses (AAV) are currently among the most frequently used viral delivery systems. A modified virus (called a vector) is used as a ‘vehicle’ to carry the functional F8 or F9 gene (called a transgene) to liver cells (called hepatocytes) via a one-time intravenous infusion. The liver plays a key role in blood coagulation as it is where the majority of clotting factors are produced (synthesized), therefore the hepatocytes are the target cells.

Once the transgene is inside the liver cells, two key steps in gene expression known as transcription and translation occur. These are the processes that cells go through to read the DNA instructions of a gene (transcription) and to produce the protein (translation). The cells will use the new transgene to produce functional clotting FVIII or FIX proteins and release them into the bloodstream.

First-generation gene therapies for hemophilia using AAV do not change a person’s existing DNA sequence within the nucleus of the cell. Therefore, whilst PWH who receive gene therapy may no longer experience bleeding symptoms, they can still ‘pass on’ the faulty gene that causes hemophilia to their children.

Who is eligible to receive gene therapy?

Several gene therapy products for hemophilia are currently available as part of a clinical trial. There are several trials ongoing with different AAV-based vectors. Although each trial has its own criteria, in general, eligible participants are:

Once approved as a treatment

Gene therapy treatments for hemophilia A or B have to be approved by a regulatory agency, such as the Food and Drug Administration (FDA) in the United States or European Medicines Agency (EMA) in the European Union. Regulatory agencies evaluate and authorize innovative drugs for use in particular countries/markets. The first gene therapy treatment for hemophilia A was approved by the EMA in August 2022. Regulatory agencies will determine the eligibility criteria for PWH to receive gene therapy as a treatment option, which are expected to be similar to those criteria adopted in clinical trials.

Research and clinical trials continue in the gene therapy field with the ambition of making these treatments available to more people, including children, people with a mild or moderate diagnosis, and those with a history of, or living with, an inhibitor.

The decision to receive gene therapy can be life-changing and should be considered carefully. First-generation AAV-based gene therapy for hemophilia is an irreversible treatment. There are uncertainties surrounding the long-term safety and efficacy of gene therapies, simply because gene therapies have only been administered within the past 5 years.

As we accumulate data on patients who have received gene therapy, our understanding of the long-term safety and efficacy profile will improve. Therefore, gene therapy has potential ramifications for PWH and their family, now and in the future.

The WFH strongly encourages PWH to discuss the benefits and risks of gene therapy with their treating physician and multidisciplinary care team. The goal is to come to an evidence-informed decision that aligns with the patient’s individual preferences, beliefs, and values. Some of the topics that should be discussed as part of the informed decision-making process are:

PWH should ensure that all their questions and concerns are addressed before making a decision. The WFH has created a document to help PWH discuss gene therapy with their medical team. “Questions to Ask Your Doctor Before Deciding to Take Gene Therapy.“

What is the process of receiving gene therapy?

Once an evidence-informed decision has been made between PWH and their HTC to proceed with gene therapy, a number of tests will be performed to confirm eligibility. If participating in a clinical trial, specific documents related to the clinical trial will need to be reviewed and signed. If taking gene therapy as an approved treatment, providing informed consent may be required as well.

Gene therapy is given as a one-time intravenous infusion. It takes up to a few hours to administer, and unlike factor infusions, it must be performed by health care personnel at an HTC or another specialized medical facility. Gene therapy recipients will be monitored carefully for an immediate period following the infusion, then over a longer-term for any complications. Each country is likely to have its own clinical protocol (i.e., an agreed procedure) for follow-up after the infusion.

After receiving the gene therapy infusion, PWH will be required to keep in close contact with their HTC through regularly scheduled follow-up appointments to check their health status and safety events and determine how well the gene therapy is working. These visits will occur more often at first and then lessen over time, depending on the response to the gene therapy.

It is critically important that PWH who receive gene therapy attend their scheduled follow-up visits and actively participate in the long-term monitoring program. They will be asked to report all hemophilia-related health events, such as bleeding, factor levels, and adverse events. To help discover any unanticipated long-term health effects of the treatment, PWH will also be asked to report any major change in their health status throughout their lifetime.

All PWH who receive gene therapy will be invited by their healthcare team to participate in the WFH Gene Therapy Registry (GTR). The WFH GTR is a global initiative aimed at collecting long-term data on all PWH who receive gene therapy. This data will enhance our understanding of gene therapy and ensure the hemophilia community has access to timely evidence on the long-term safety and efficacy of the specific gene therapy product(s). The registry data will also be used to improve scientific and clinical research on gene therapy and the development of next-generation gene therapies for PWH in the future. Agreeing to participate in the registry does not change the standard of care a PWH will receive at their HTC.

What are the outcomes of gene therapy?

However, many unresolved questions on the long-term safety, variability, durability and efficacy remain even at the completion of clinical trial programs. Gene therapy is a novel technology and some of the risks may be unpredictable. Researchers, healthcare institutions and public authorities that regulate the safety and efficacy of medical products are working to ensure that gene therapy is a safe and effective treatment option for patients. Currently, we cannot accurately predict the level of factor protein that will be expressed in a patient, if at all, from the new gene, or how long that factor expression level will last.

Gene therapy marks an important milestone in the development of treatment for PWH. It offers the potential to improve the health and quality of life through a one-time infusion. However, researchers and clinicians are still gathering data on the long-term safety and effectiveness of this novel treatment approach. Although a specific threshold for factor level expression has not been defined for gene therapy “success”, even small increases can substantially improve a person’s quality of life, including reducing bleeding episodes and having to treat prophylactically.

Deciding to receive gene therapy is an important treatment decision that may affect health outcomes for patients. Not everyone who might like to receive gene therapy will be eligible to receive it. PWH must be informed about the potential risks and benefits, have regular discussions with their health care team and involve family and loved ones that are important to them in the decision-making process. Continued comprehensive care and engagement with the bleeding disorders community remains important for PWH following gene therapy. Life-long follow-up is crucial to understand the real promise and impact of gene therapy on PWH and to ensure the optimal management of an individual’s overall health.

The WFH thanks our sponsors for their generous financial support which allows us to develop educational resources for patients and health care providers globally. 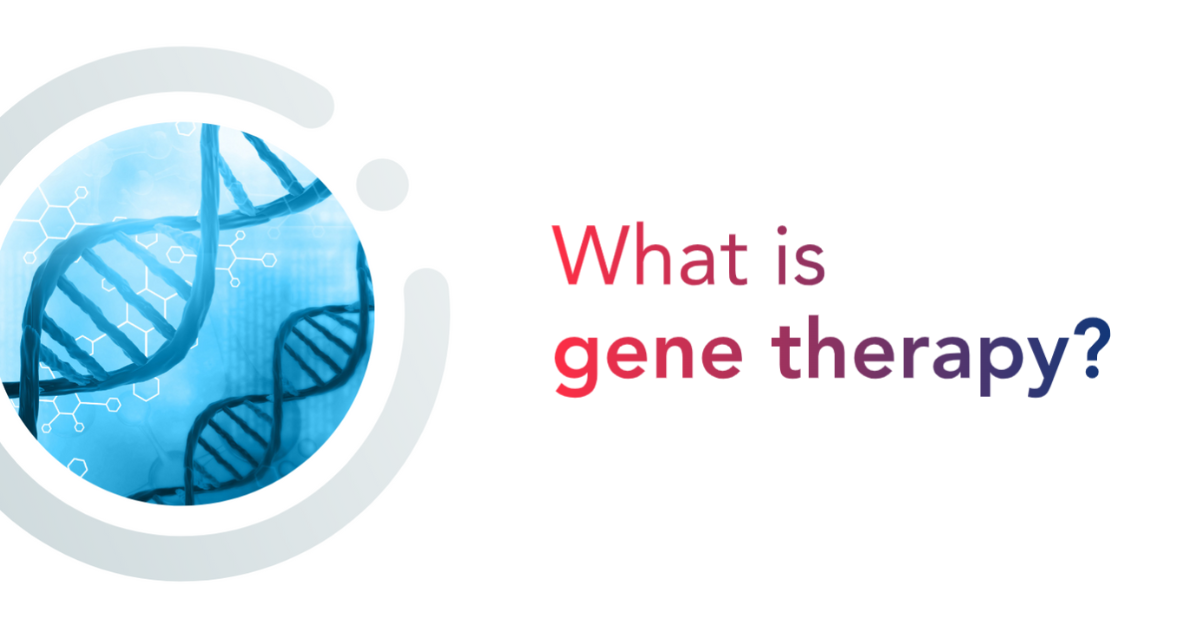 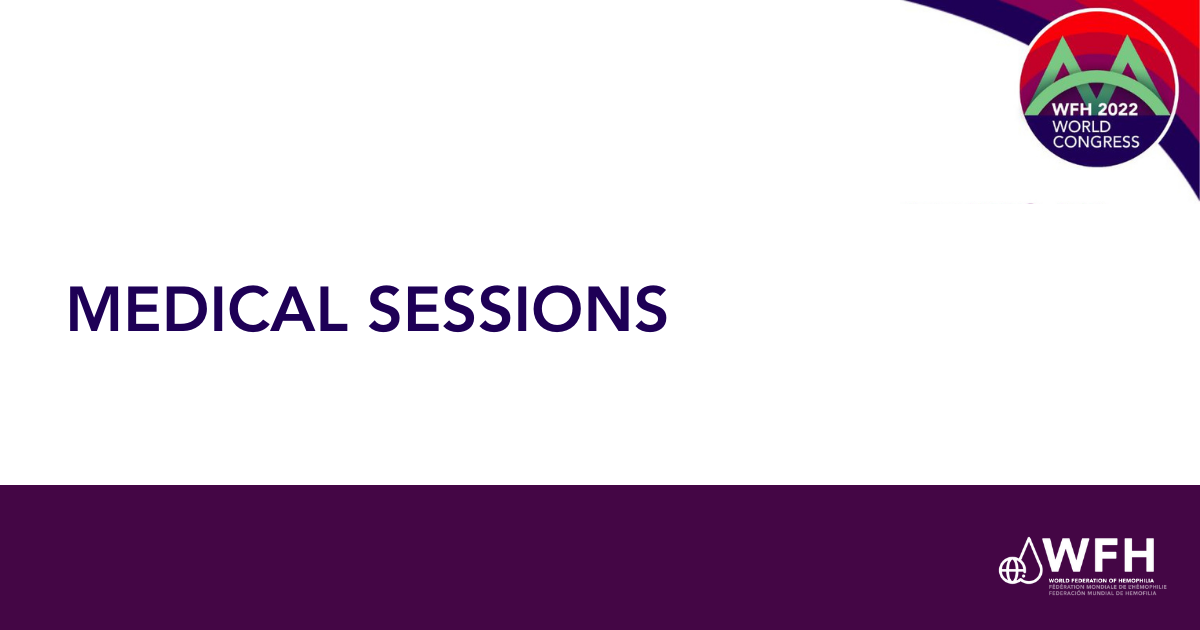 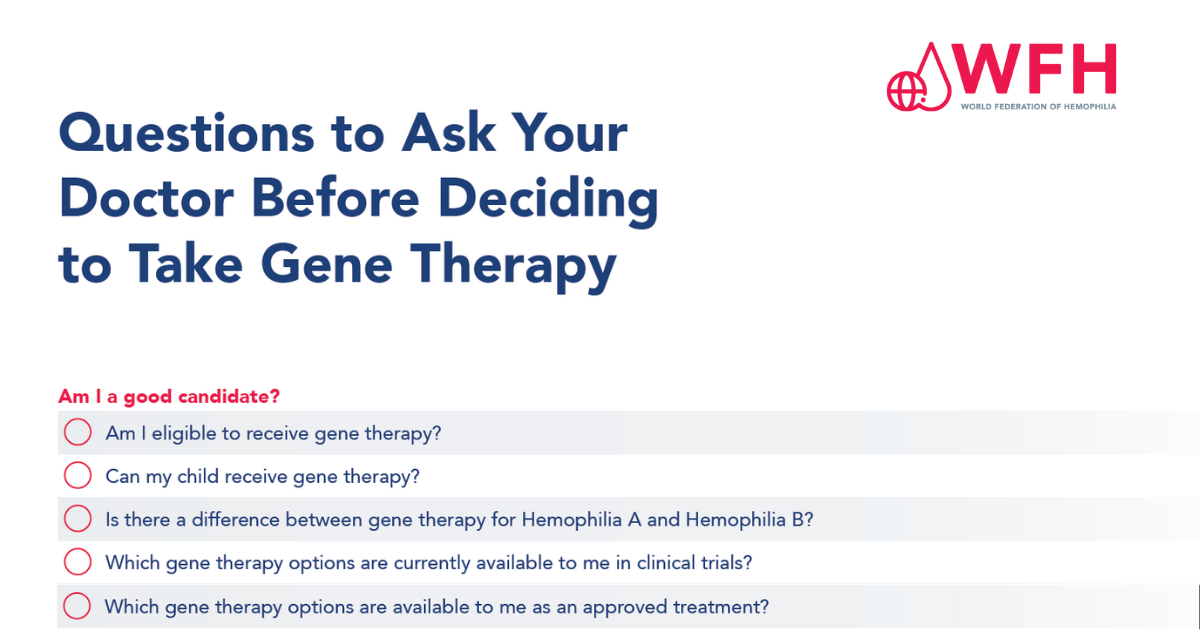 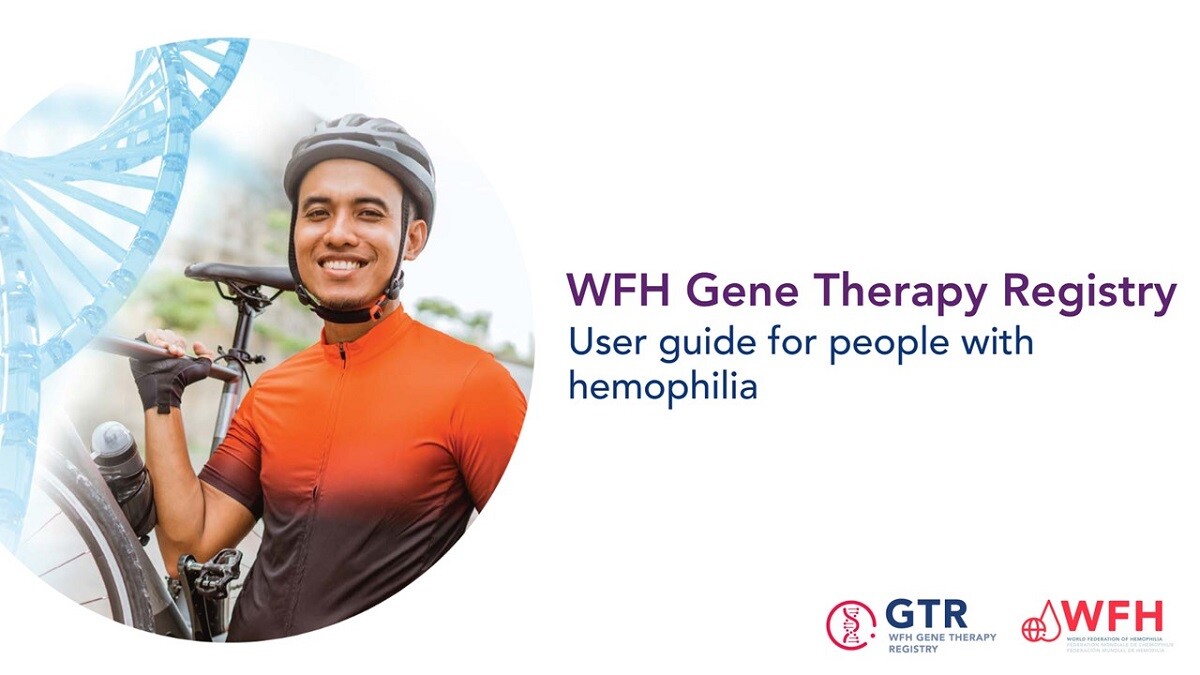 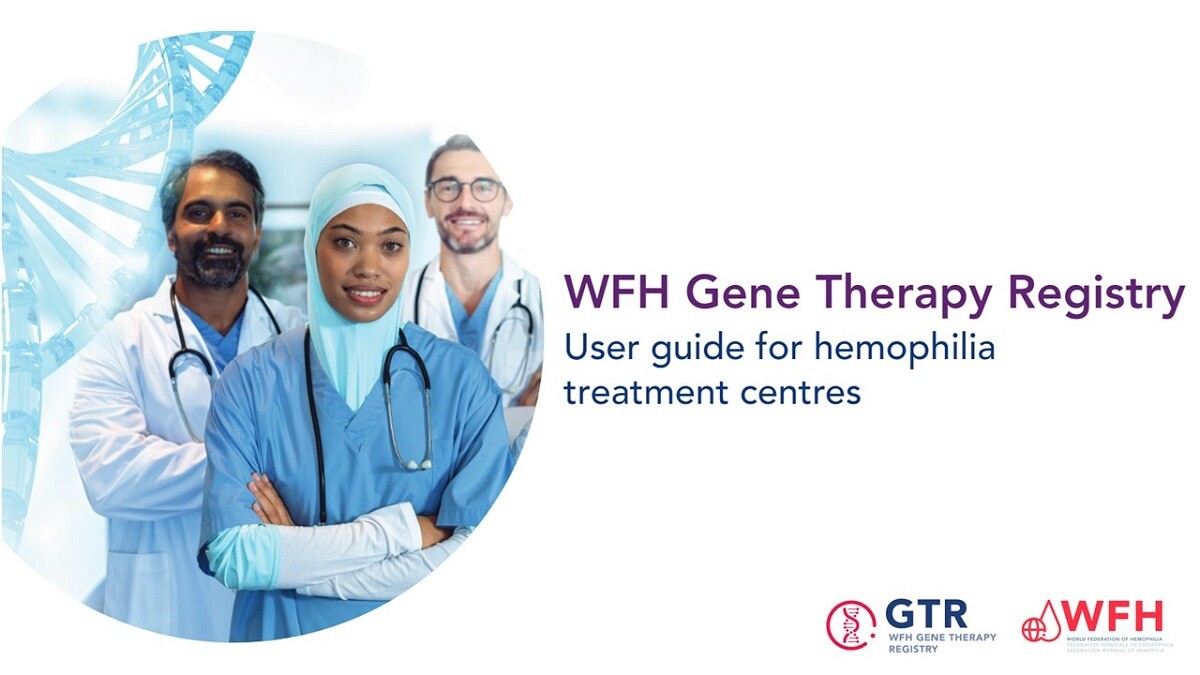 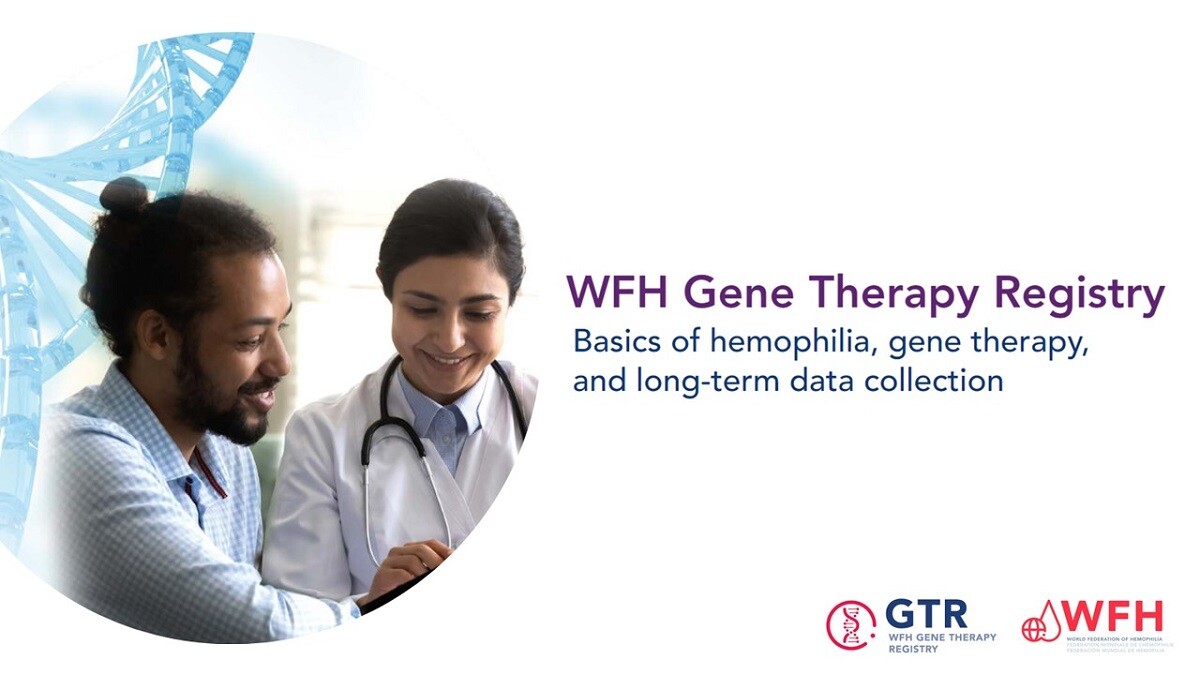 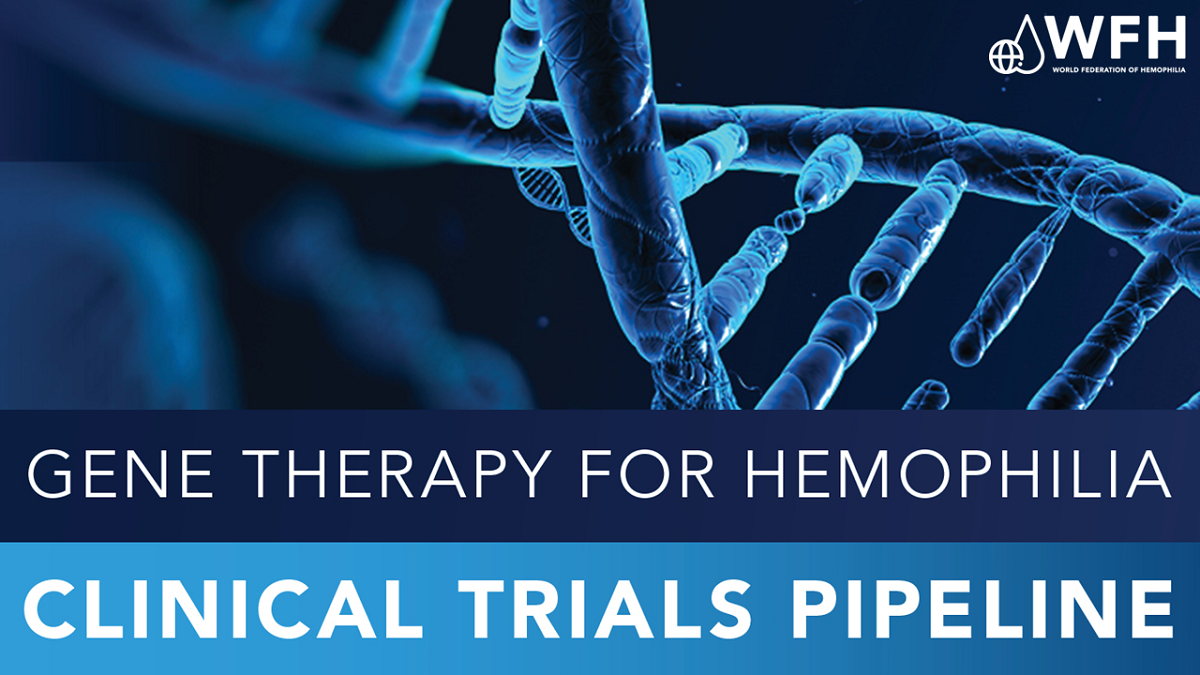 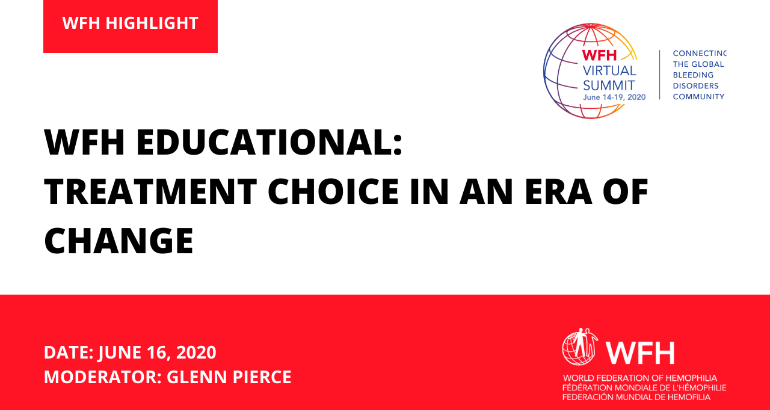 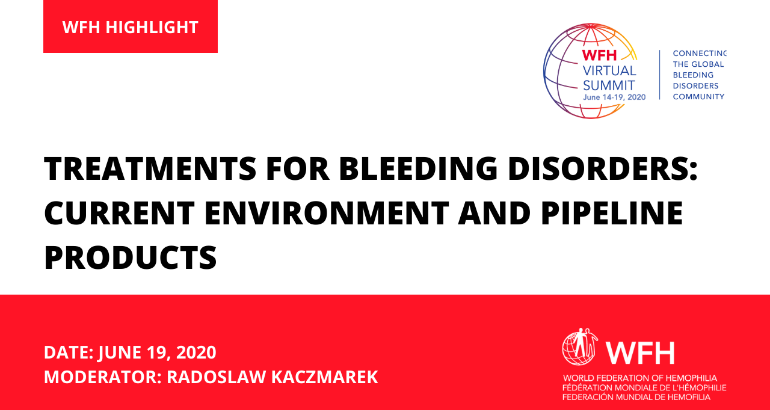 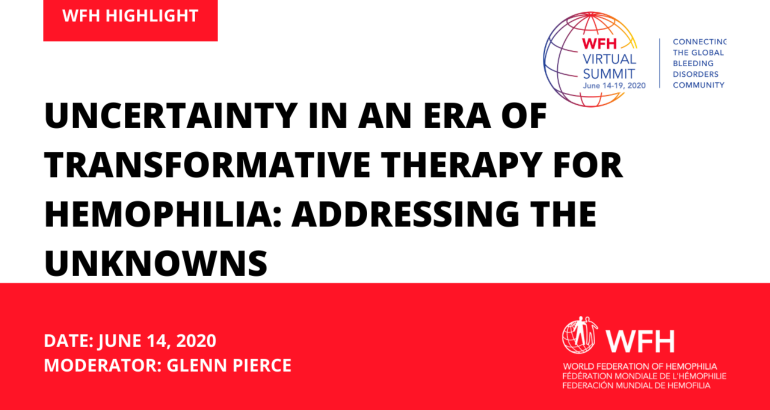 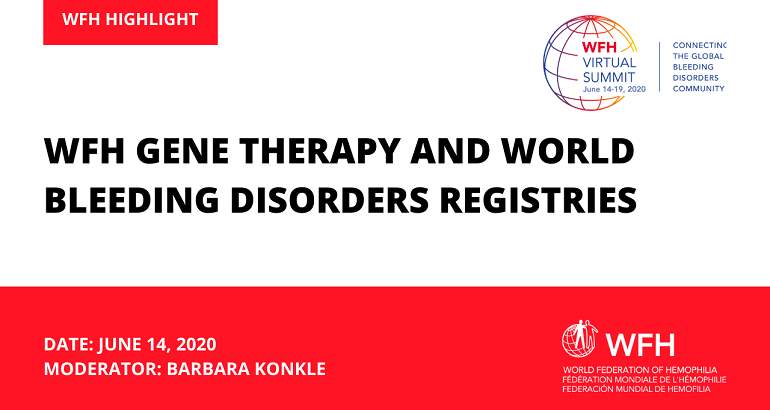 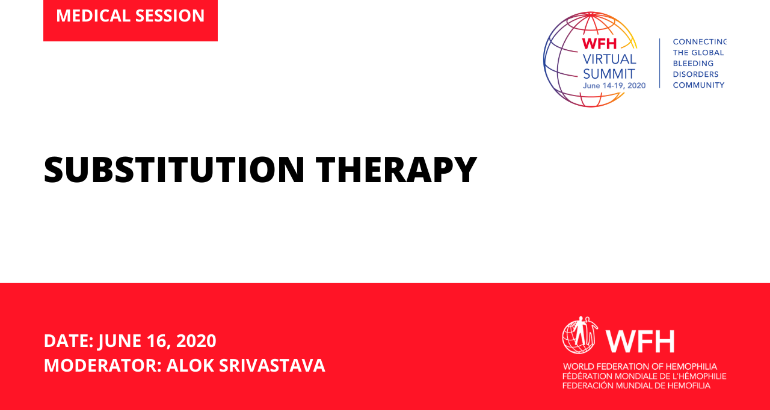